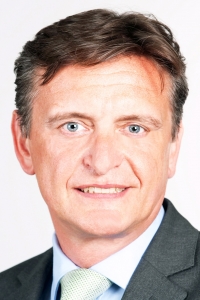 Eric Mayer advises on the design, set-up and operation of compliance management systems and compliance organizations. He focuses on the implementation of business-related, risk-based compliance processes and tools. In addition, Eric Mayer has particular expertise in consulting and managing international corporate transactions as well as group restructurings and integration projects.

Eric Mayer studied law, economics and languages at the University of Mannheim, the Université de Lausanne, Switzerland, the King´s College at the University of Cambridge, UK and the University of Heidelberg. He was admitted to the bar in Germany in 1996 and received executive education in business administration at Babson College, MA and Harvard Business School. Eric Mayer is partner and head of the Corporate Compliance Advisory practive at GSK Stockmann since December 2017. Previously he served in various management positions at the Daimler Group (1995-2000), KPMG (2000-2002) and Infineon Technologies (2003-2008) where he became the first group-wide Compliance Officer. Subsequently he was Vice President Corporate Development at Amkor Technology (2009) and partner at WTS Tax Legal Consulting where he headed WTS Governance & Compliance Advisory (2010-2013). From 2013 to 2017, he was Partner at Pohlmann & Company.