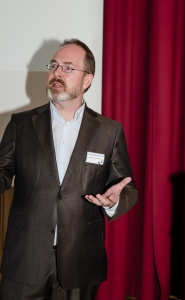 Dr. Eduard van Kleef was born in the Netherlands and studied physics and computer science at the University of Nijmegen, followed by a PhD at the University of Nottingham (UK). In the past 25 years, he lived and worked in eight countries on two continents. He is married with 4 children and is based in Zurich and Frankfurt.